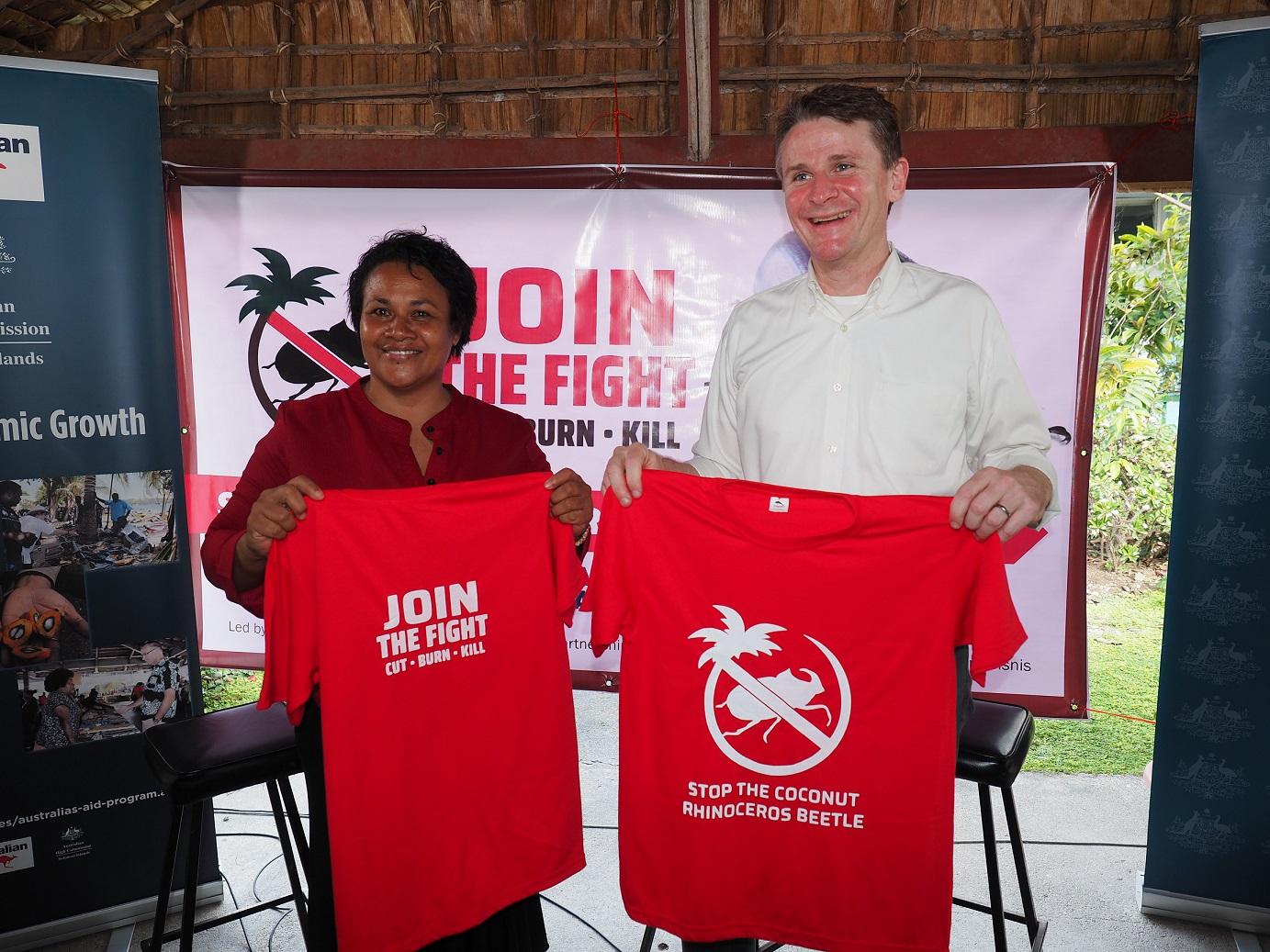 A media and communication campaign, supported by the Australian Government initiative Strongim Bisnis, was launched to encourage farmers to take urgent action to tackle the coconut rhinoceros beetle (CRB) infestation in Solomon Islands.
The Permanent Secretary of the Ministry of Agriculture and Livestock (MAL), Ethel Frances, stressed the urgency of the issue noting that CRB poses an immense threat to coconut and palm oil exports, and to community livelihoods and food security.
‘The coconut rhinoceros beetle we are seeing now is a different variety to the one that previously devastated half of the coconut palms in Fiji, Samoa and Tonga. The one we are fighting here in the Solomon Islands is resistant to the viral disease used to successfully combat the one seen in these countries, making the fight a challenge. Therefore, before a viral disease that can kill this beetle is found the only way to control it is killing them and cleaning their breeding places. Farmers need to be able to identify this new pest and deal with it quickly and effectively” she said.
According to predictions by Biosecurity Solomon Islands (BSI), if uncontrolled, the outbreak is likely to affect the industry by losses of up to US$53 million by 2020.
Australian High Commissioner, Roderick Brazier said, "I commend the Ministry on their leadership of this initiative. The potential economic impact to Solomon Islands (and the Pacific) if the spread of CRB is not controlled is significant."
The media and communications campaign is part of the MAL/BSI Coconut Rhinoceros Beetle (CRB) Operational Plan.  The campaign urges Solomon Islanders to “Join the fight - cut, burn, kill ' , and includes  posters, a wharf billboard, radio jingles, videos, community flip charts, bulk text messages and social media. The MAL/BSI led clean-up of infested areas is being supported by the New Zealand Government and facilitated by the Pacific Community (SPC).
Biosecurity Solomon Islands is urging the public to spread the campaign messages to farmers in all the provinces. The public is asked to report any suspected CRB sightings via the BSI 131 hotline.
For more information, contact the CRB Coordinator on phone 22334. 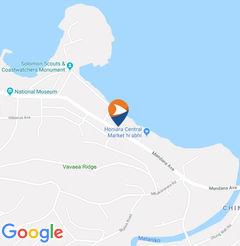